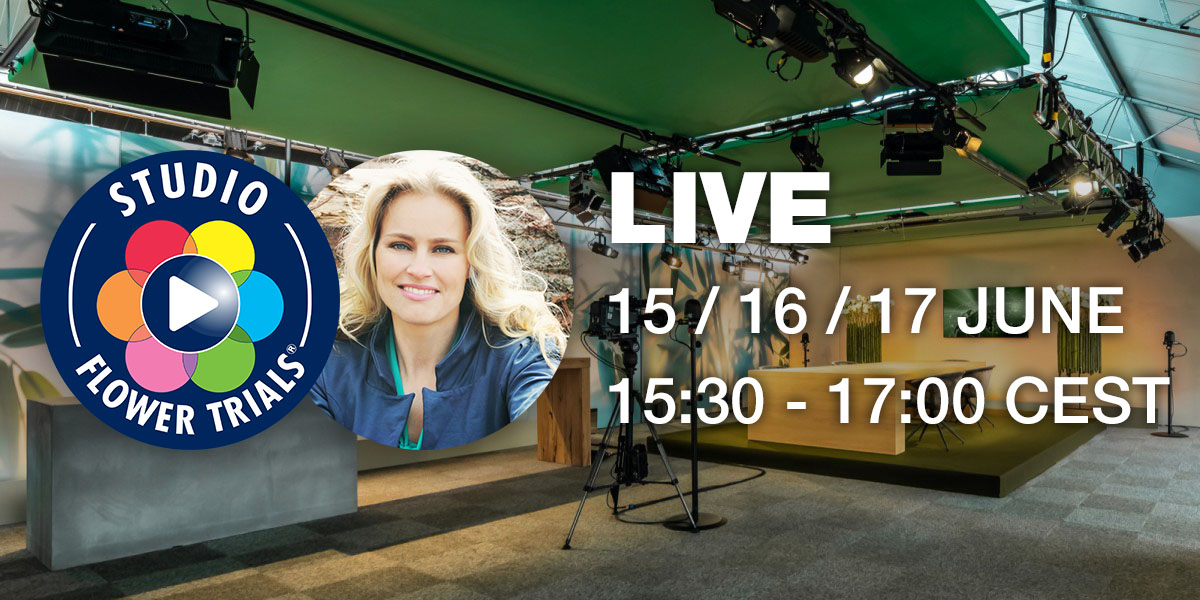 Studio FlowerTrials® was broadcast live on Tuesday 15th, Wednesday 16th and Thursday 17th June 2021 with interviews, films and studio plant presentations from 42 of our members, each company presenting their highlights for 2021. We are delighted to have had Dutch TV presenter Marit van Bohemen as host for the show. She was joined by a number of guests including Michael Perry – Mr. Plant Geek, Dennis van der Lubbe of the Dutch Flower Council and Jurgen Smit of the Youtube channel Tuinmanieren. Sponsors for the event who also appeared in the show were Desch Plantpak and Signify.